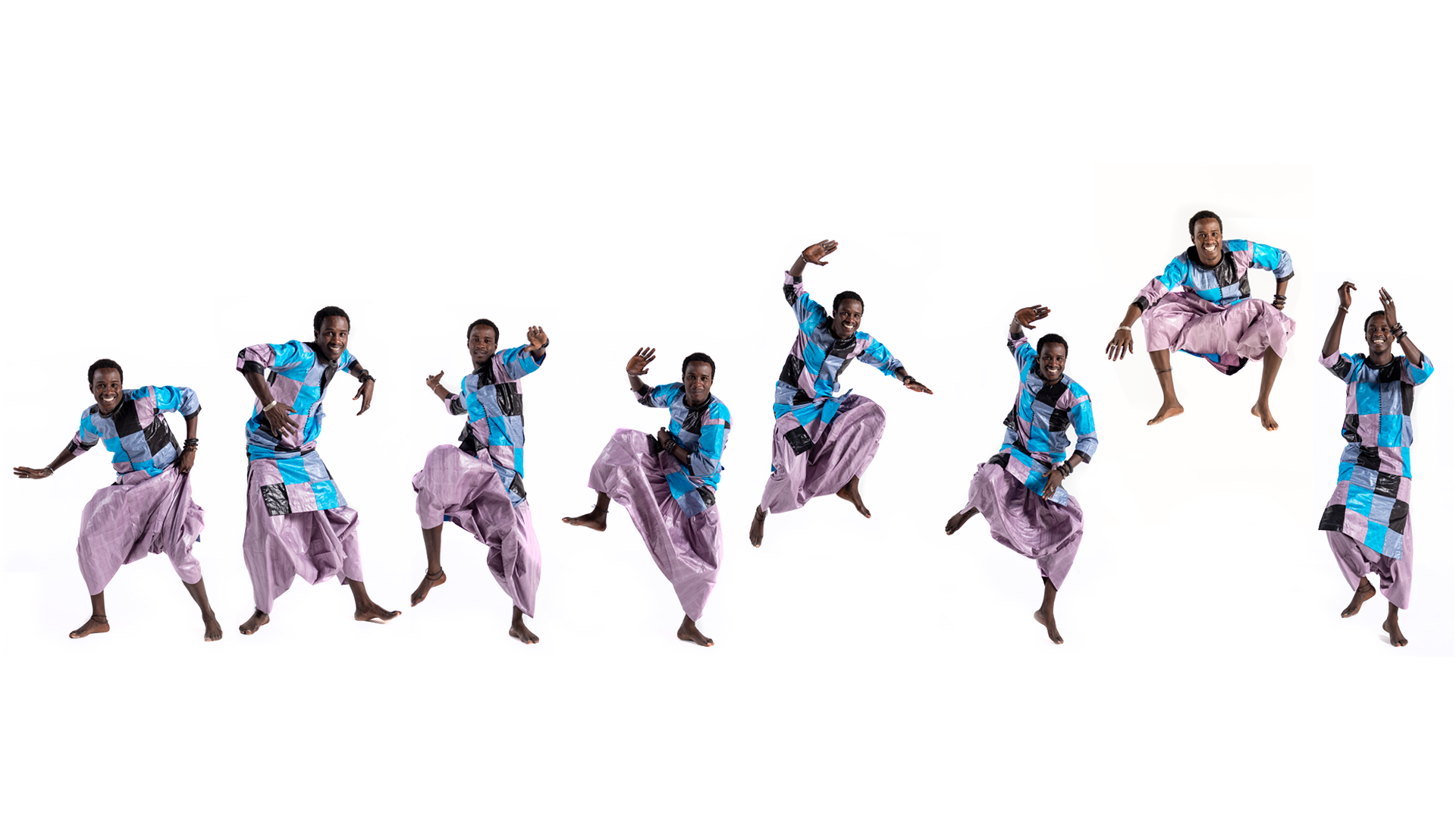 In the old days, the loud Senegalese Sabar drums were used to communicate events such as the birth of a baby. Now, drums are ceremonial in weddings, baptisms and the so-called tanebers, which are circles of drums. Whoever feels the mood steps into the circle and starts dancing. The drums follow suit. Mass was frequently seen at these events, and often used them to create his solo choreographies. These parties provided the playground for his unique approach, mixing the traditional with the modern and coming up with the surprising and original dance style he is now known for. Mass is a versatile artist, who feels at home both dancing in a group and solo. He constantly renews himself, never leaving behind the deep-rooted traditions of his home country.